While the hike at Multnomah Falls was disappointing, the hike at Horse Tail Falls was everything I was hoping for and more. The month was April and on the trip were my husband, myself, and our two teens ages 15 and 17. On this hike we saw:

On this hike we saw:

— two beautiful waterfalls, Horsetail Falls and Ponytail Falls (pictured below)
— a bridge over the creek that becomes Oneonta Falls
— an abundance of moss, lichen, ferns, and mushrooms
— fantastic views of the Columbia River Gorge 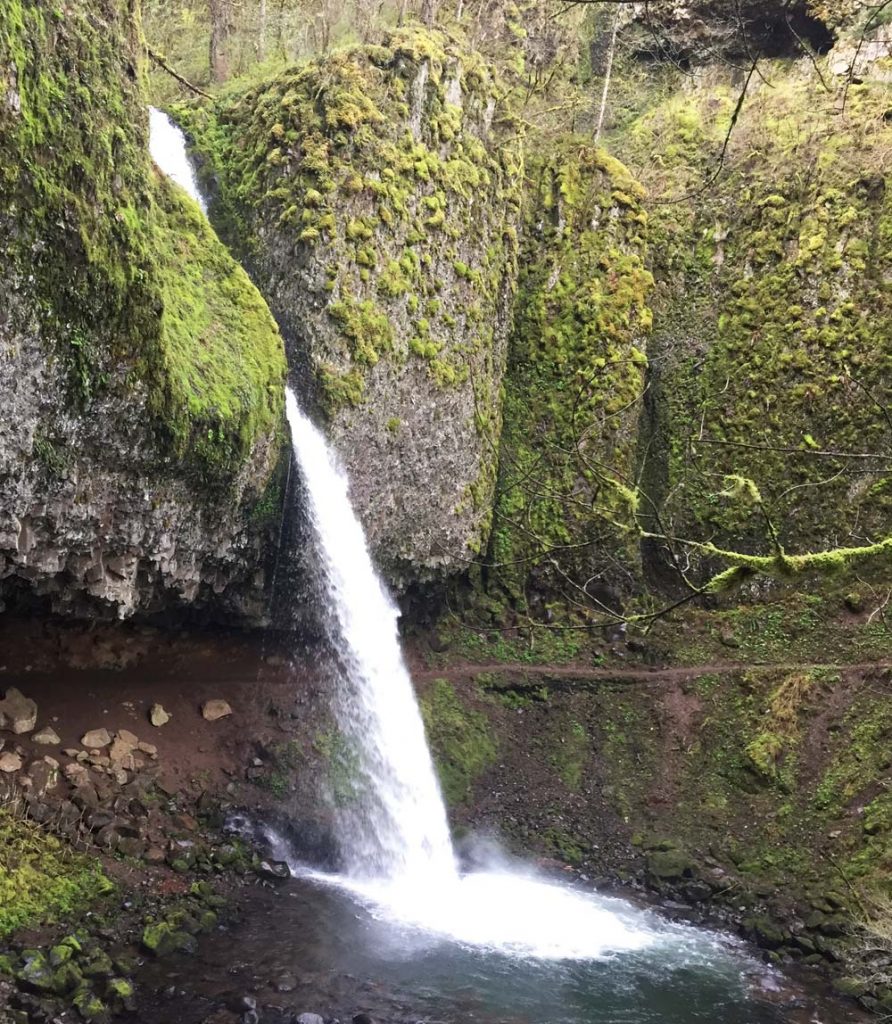 All this remarkable scenery is packed into a mere 2.3 miles. Begin the hike next to 176-ft Horsetail Falls. At .2 miles, turn right onto the Gorge Trail which takes you to the 80-ft Ponytail Falls. Here you get to walk behind the falls!

About .4 miles later, you’ll come to several trails to the right. These lookouts have outstanding views of the Columbia River Valley from far above the river. Be careful not to stand at the edge and watch any kids with you. There is a plaque about a teen that died falling from the cliffs here. 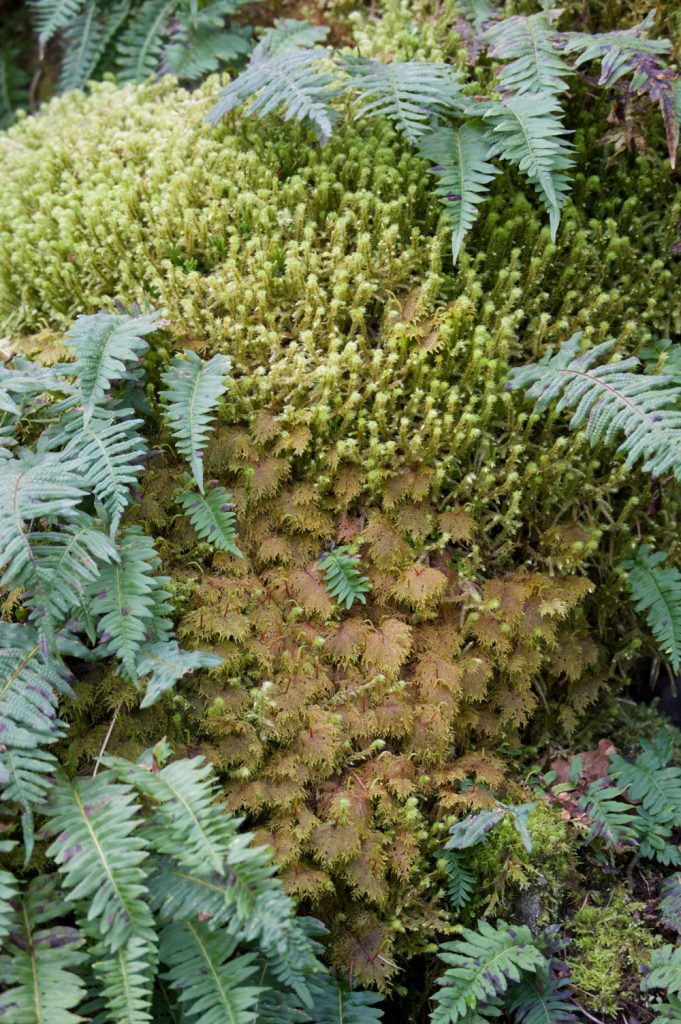 Continue on the main trail another .4 miles, crossing over a metal footbridge above 60-ft Oneonta Falls. Quickly you’ll arrive at a junction with the Oneonta Trail. Here you have a choice, you can lengthen your hike by turning and walking .9 miles up the trail to the beautiful Triple Falls. Or turn right and head downhill on the Oneonta Trail back to the Highway. 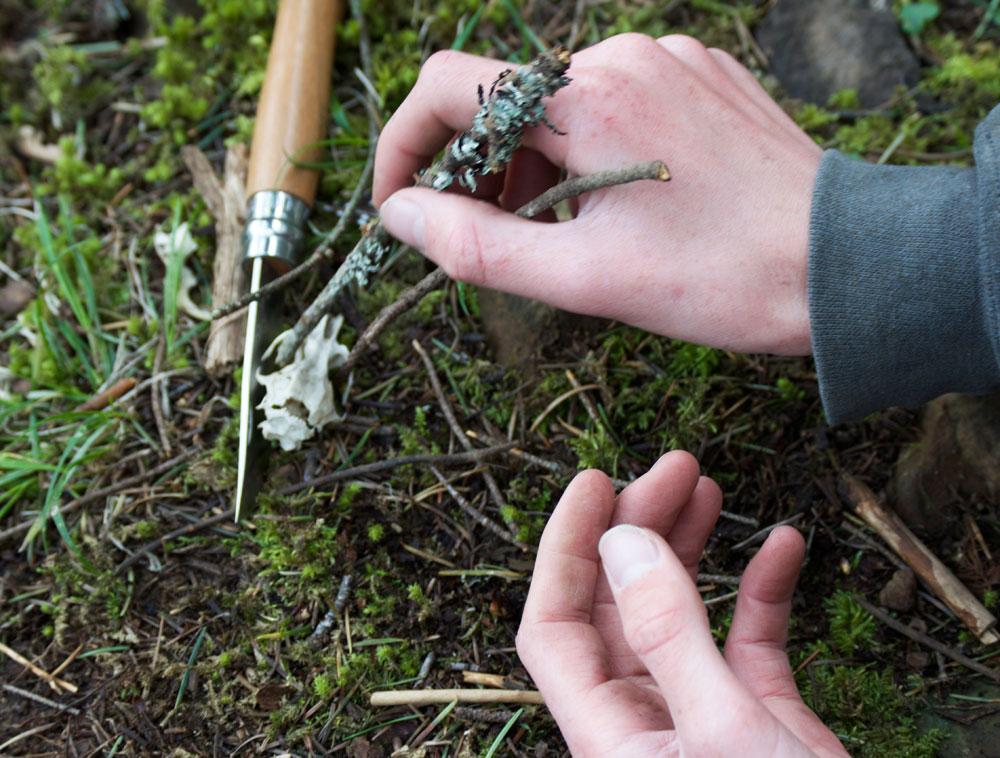 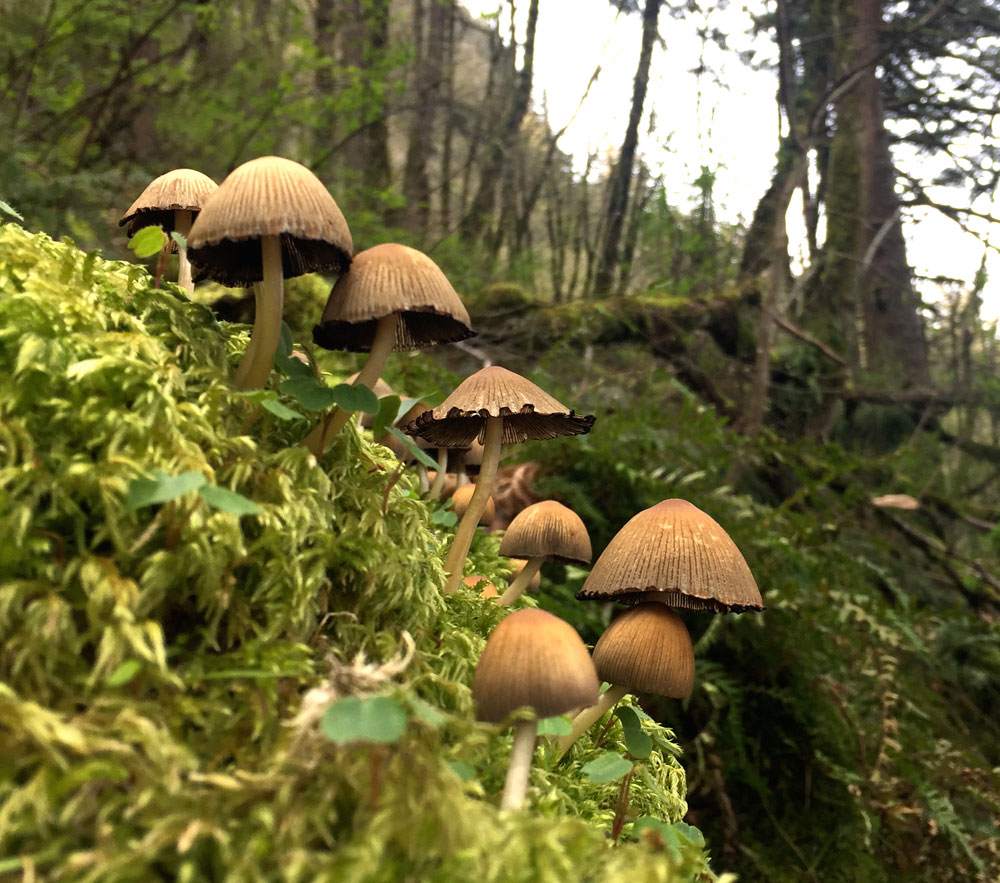 Difficulty: This is a short hike, but given the climbing, I’d say this is a moderate hike.

Crowds and Parking: Available along the highway. We visited in early April when crowds were light. I believe it’s extremely busy in this region in the summer months and packed to crush on summer weekends.

Maps: I got a paper map at Multnomah Falls Visitors Center, but don’t go there on a weekend as the crowds are insane.
Digital Map: https://gorgefriends.org/hike-the-gorge/horsetail-ponytail-triple-falls.html
Signage: Trail is clearly marked.

We found Oneonta Gorge by accident on our way to Horsetail Falls. We were walking along the pedestrian bridge when we spotted a stairway off to the side and a super mossy wall. It seemed like a secret passage, so we went. 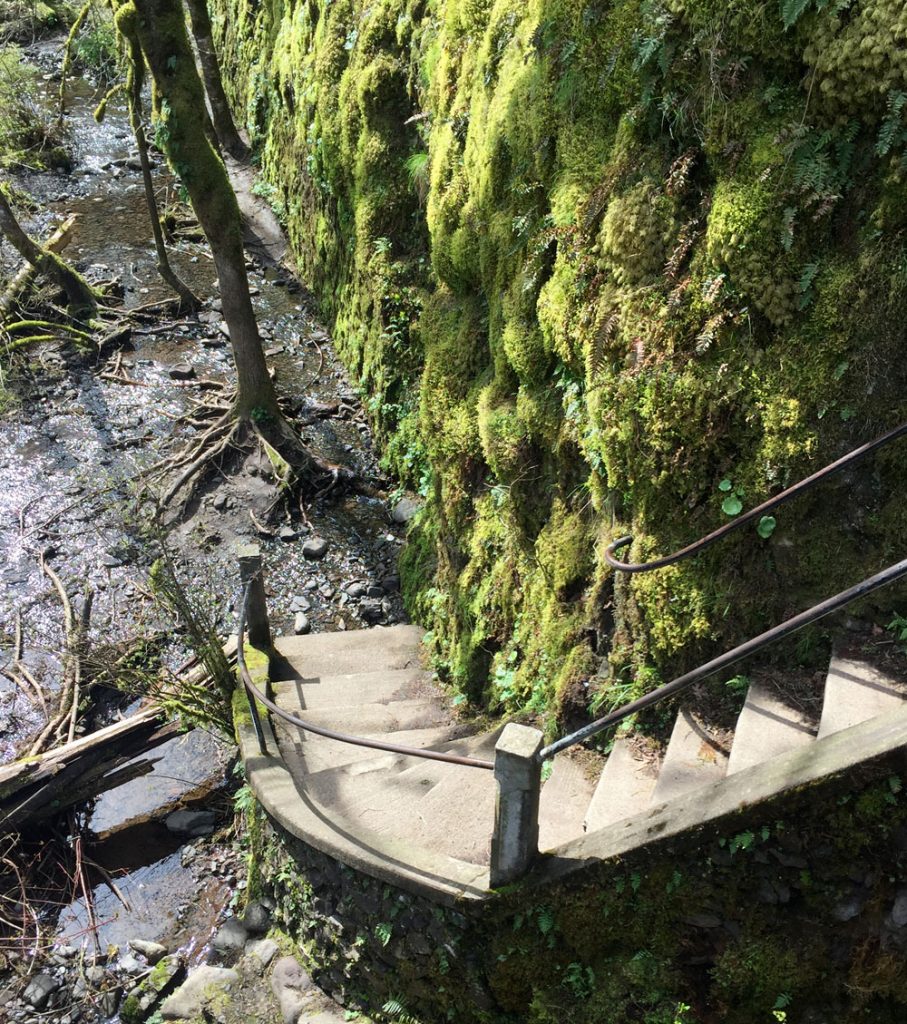 We followed the wall away from the bridge; the wall was, in fact, the side of the gorge and completely covered in moss and small plants. There was no one else on the little path, and we had to climb boulders to proceed. We bouldered over a 15-foot pile of rock and found ourselves in an enormous, green gorge — surprisingly full of people. Honestly, Oneonta Gorge was one of the most beautiful sights any of us had seen. I felt I was in a movie or the garden of paradise. 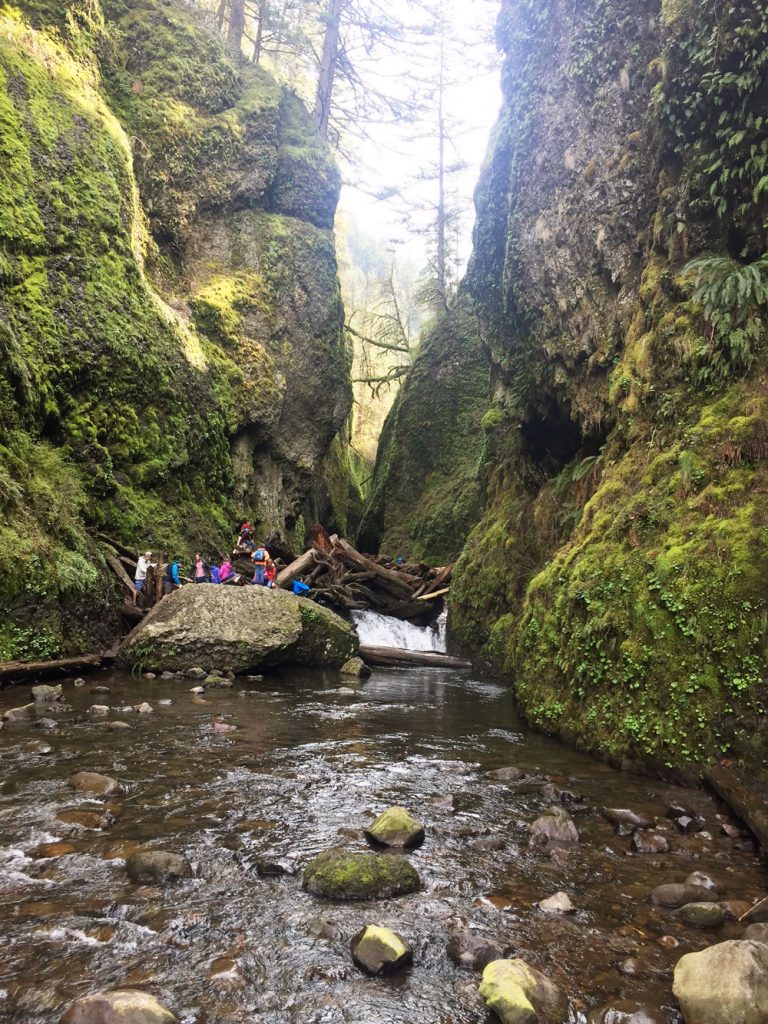 The people were another thing. What were they doing here? There was no sign to mark the entry, but there’s a group of 10 kids under 8 years old over there. We were puzzled and amazed. 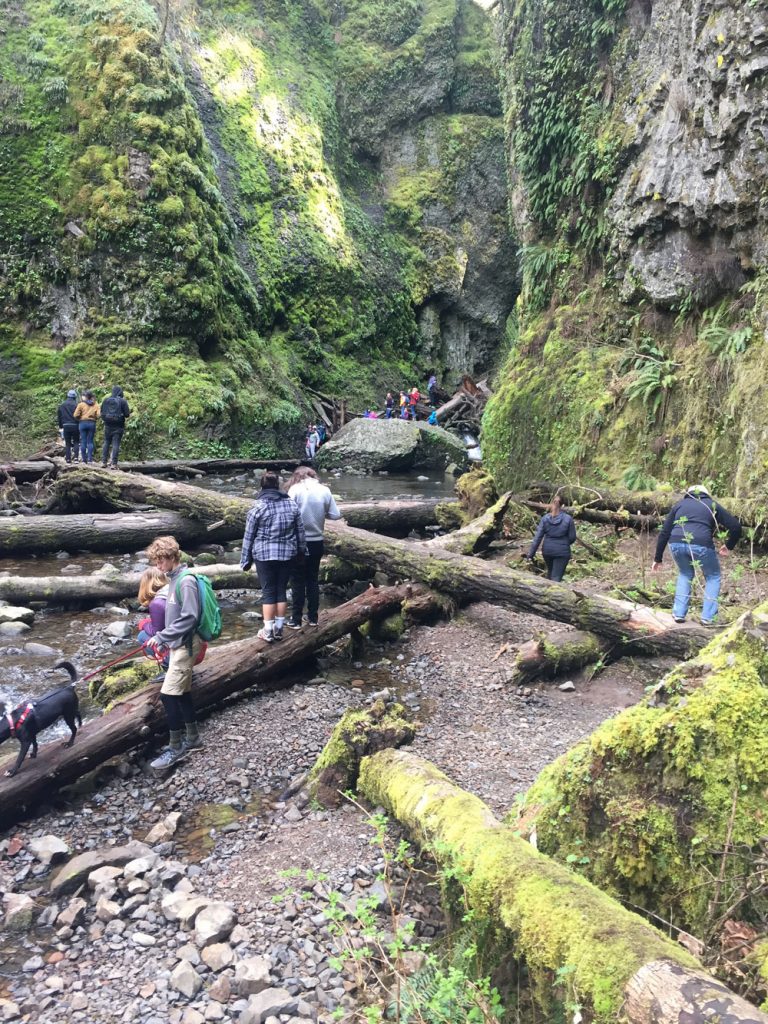 Later we learned Oneonta Gorge is well documented online, I mean what wonderful place isn’t. We looked around that Sunday and then came back a couple of days later. The only other person there was a woman with a wetsuit and a professional camera who was making her way up the Gorge. My online sources explain that it’s a freezing but awe-inspiring trek up the gorge to Lower Oneonta Falls. We didn’t do it as there was so much water and it was so cold. It was Spring, after the rainiest year in many, many years. But I’ll be back to hike the Gorge! 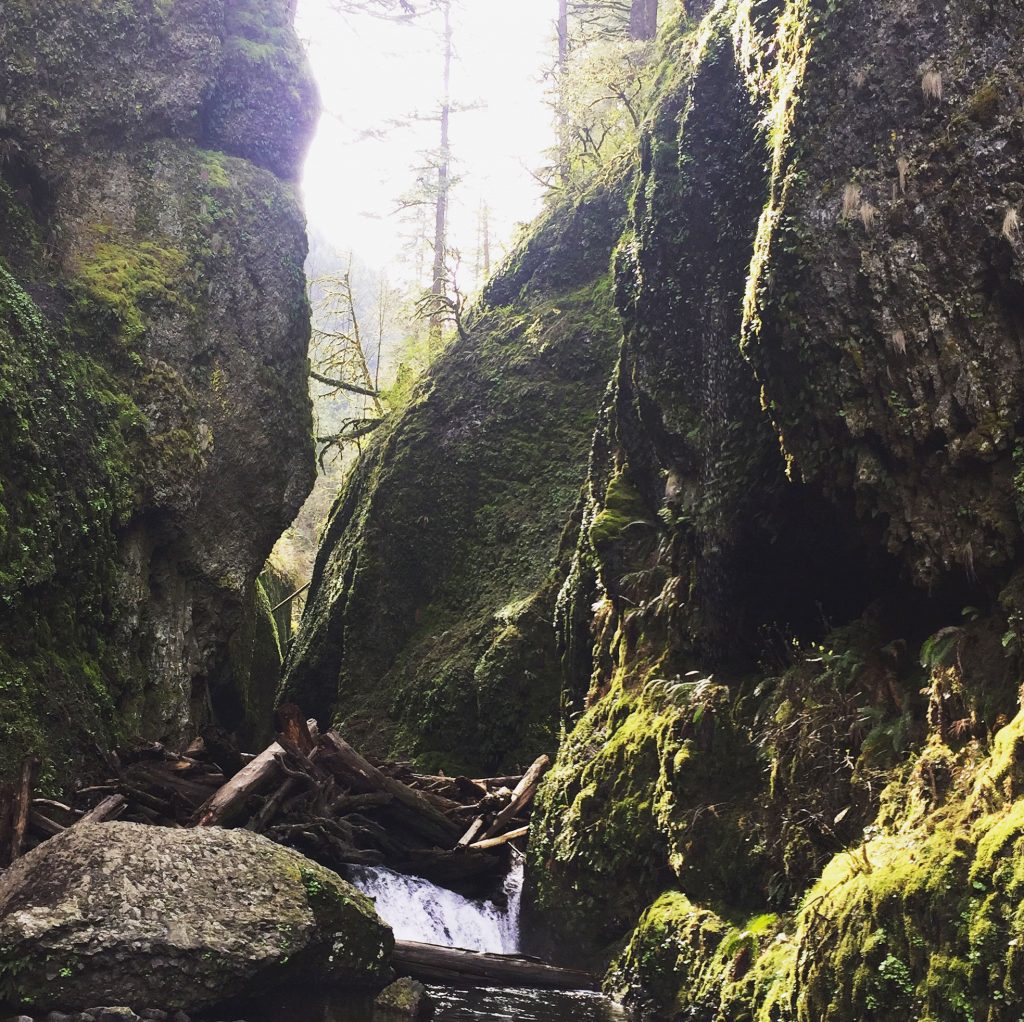 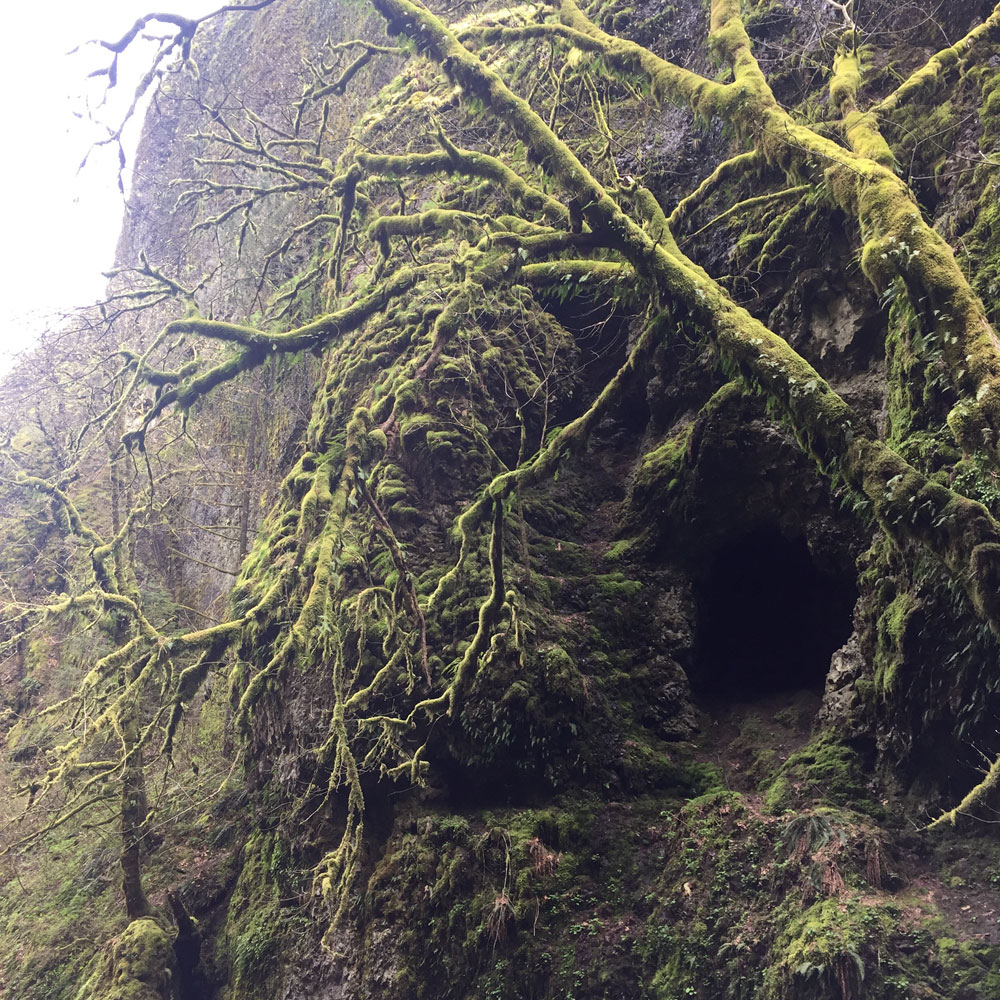 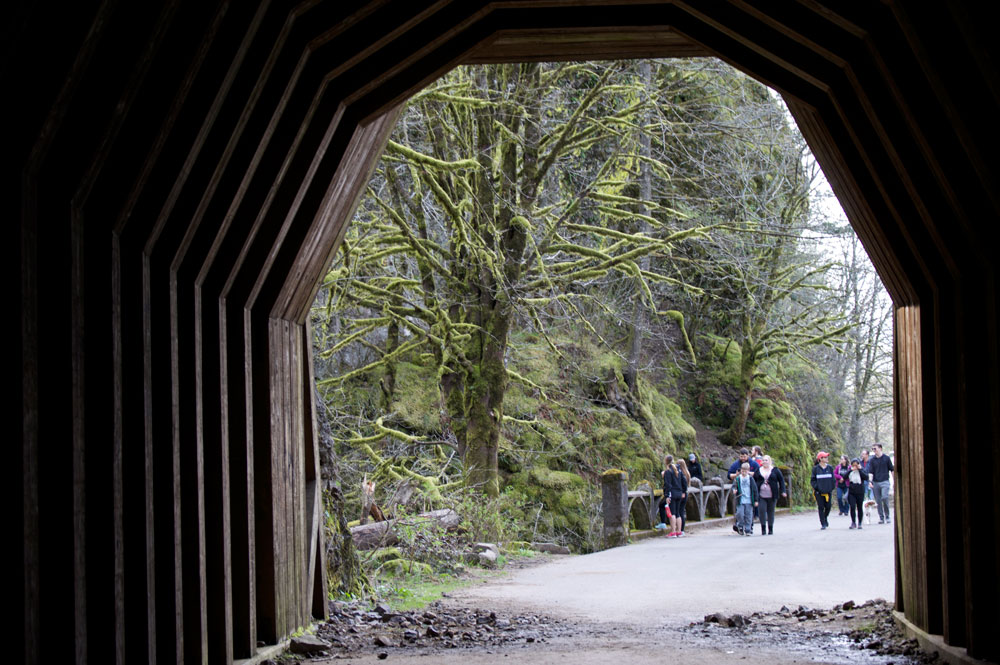 I Heart Moss is a project about moss, trees, waterfalls and the forest. I, Karen Nierlich, am a nature photographer, living in the San Francisco Bay Area. You can also visit our shop.iheartmoss.com for gifts and jewelry for nature lovers. Handcrafted gifts made by artists, craftspeople, and makers just for you! 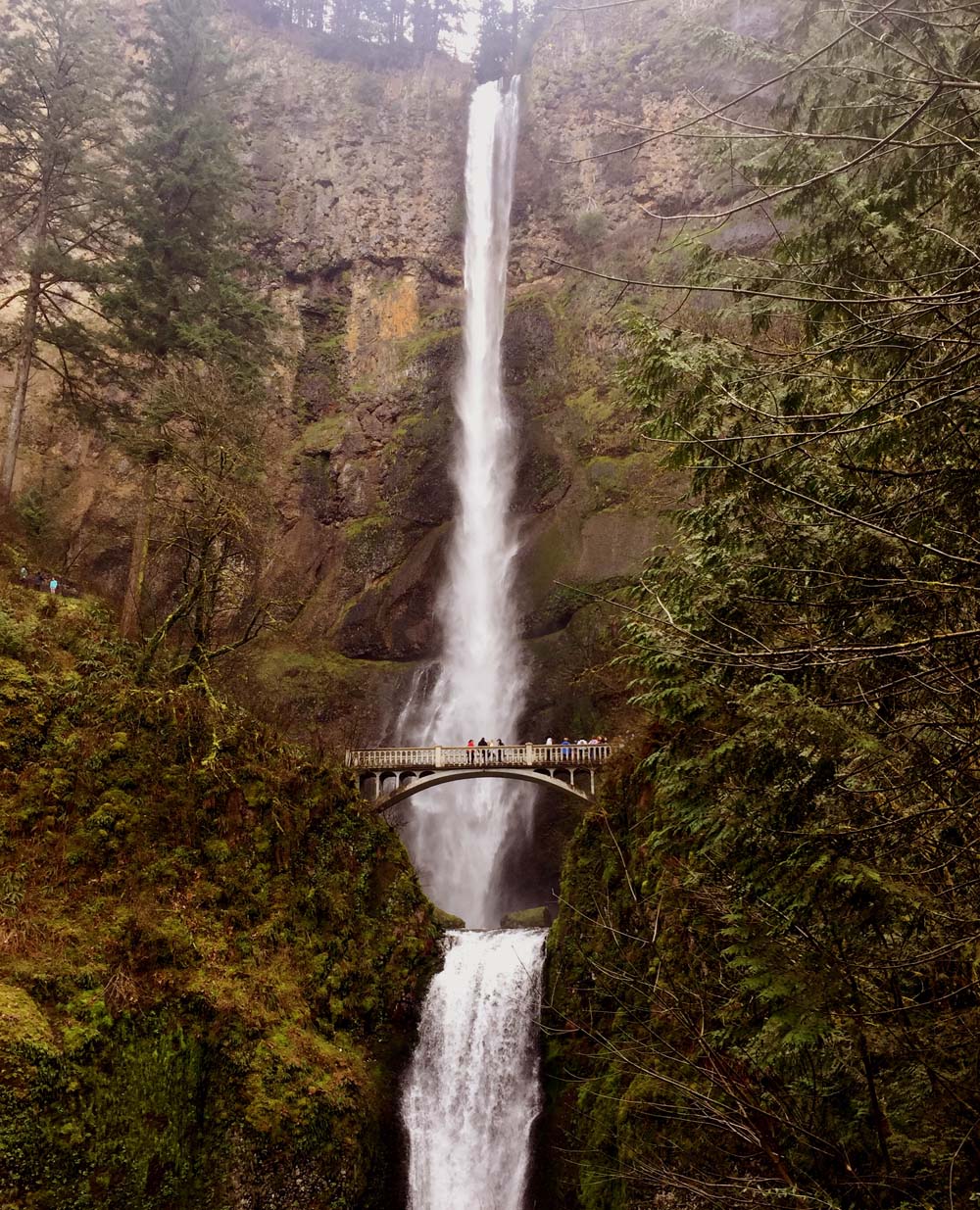 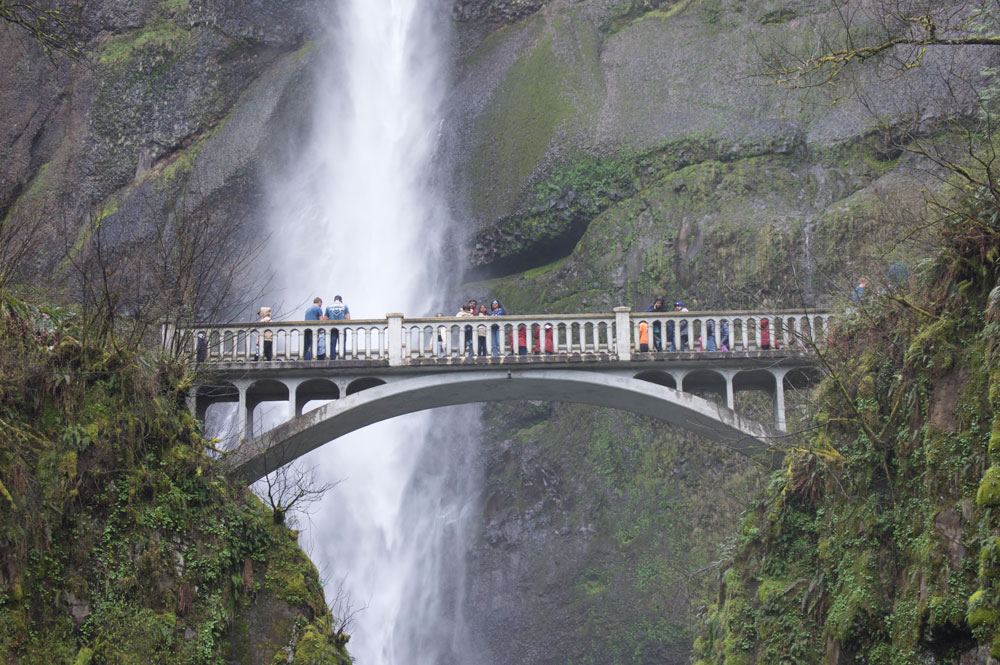