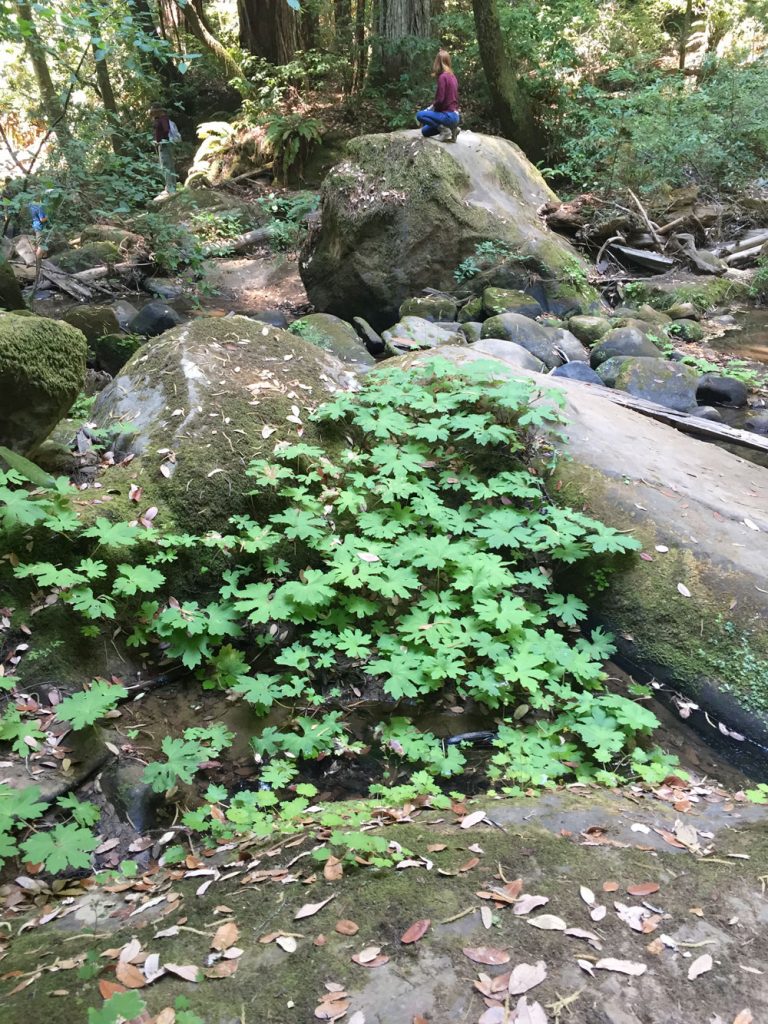 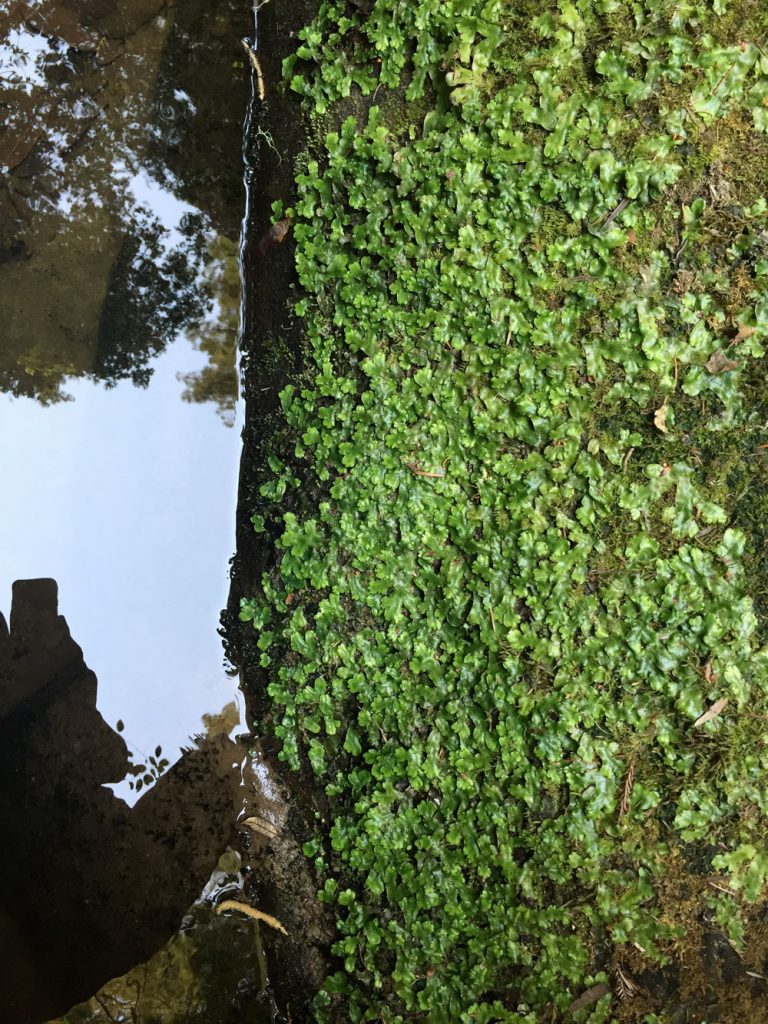 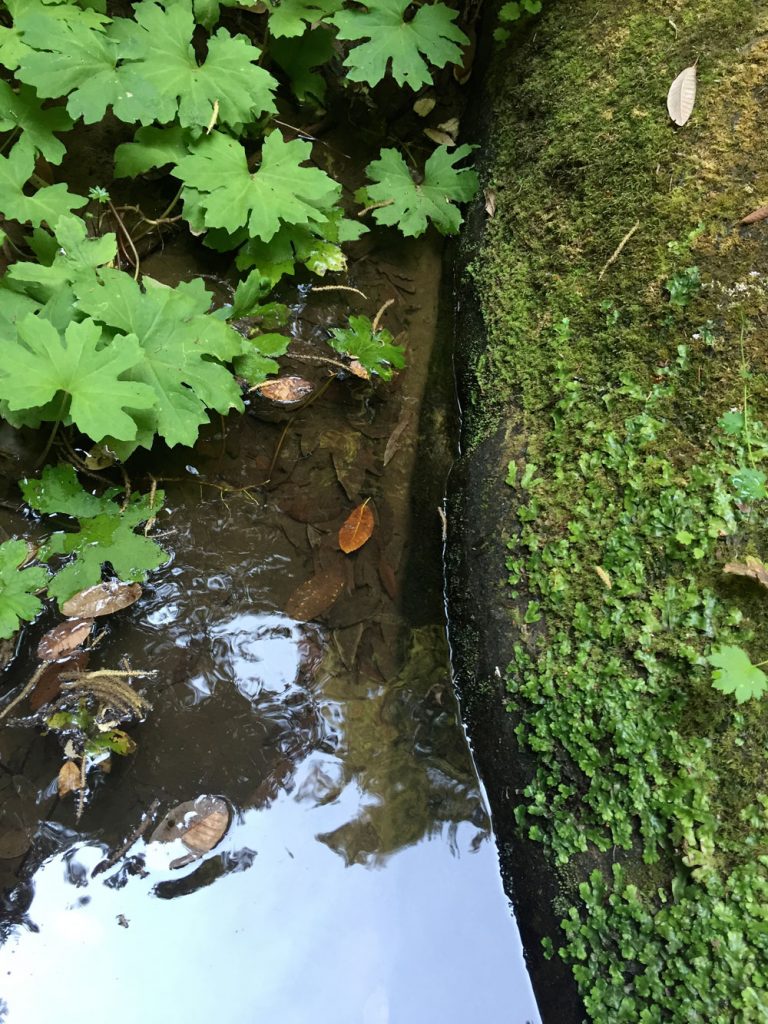 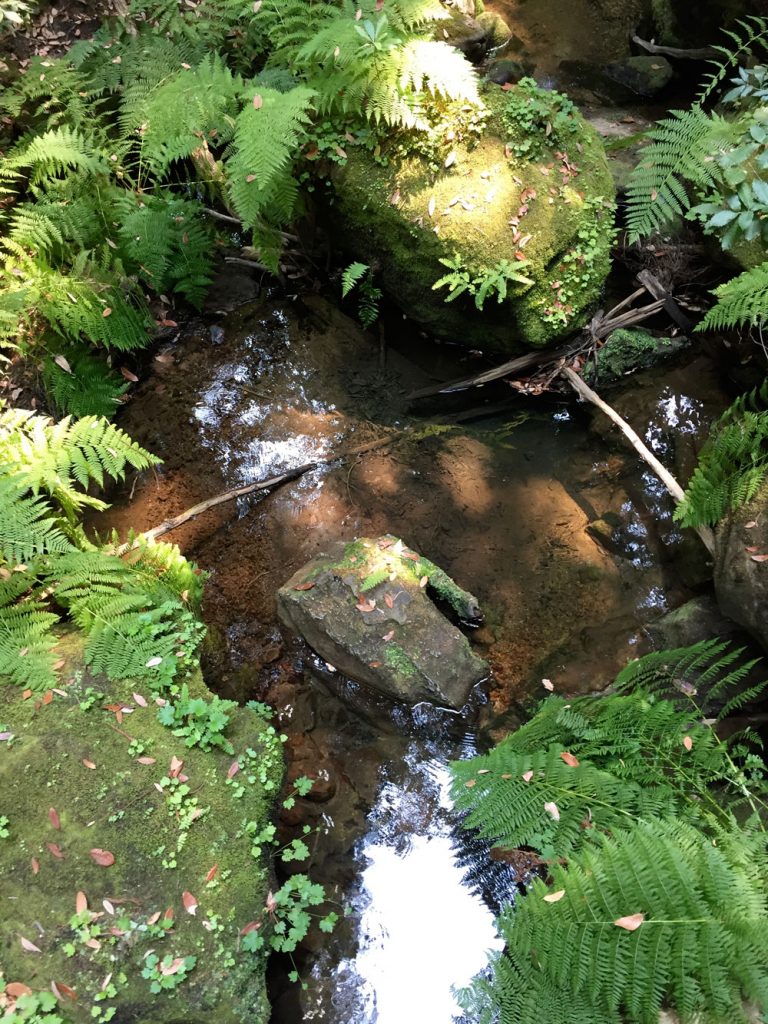 A few weeks ago I wrote about Moss Rocks created by David Spain, a landscape architect in Raleigh, North Carolina. My business women mind is proud of David for creating a marvelous home decor “product” that is beautiful, easy to care for and makes a great gift. This is an artsy, natural object that is perfectly priced as a gift and can be sold for ongoing income.

My artist self wants to show you the other things David makes. One-of-a-kind moss miniature dish gardens…similar to bonsai. The miniature moss dish gardens incorporate many elements in addition to moss such as lichen, wood, ceramic, glass bell jars, other plants. If you go to the moss and stone gardens website, you can see many photos of the moss dish gardens. There are also mossy landscapes to admire.

The example in the photo here is planted in a found piece of maple. That’s a minature Japanese maple in the center surrounded by different mosses, lichen covered rock and a small # of ferns. Very delicate, landscape-like and restful to gaze on.

I gave one of the moss rocks as a gift this holiday and received one as a gift as well. My sister-in-law gave several as gifts. I have one on my desk by my computer where I can look at it at any time and I’ll even admit to petting it.

The Moss Maiden and her Giant friend reside in the Lost Gardens of Heligan, near Mevagissey in Cornwall. The two sculptures were created by Artist Sue Hill and her brother Pete Hill. In the photos the giant looks alive…the shape of his eye sockets and eye balls are so compelling. His sculpted ear and nose are somewhat exaggerated and humorous and integrate so well with the plants of his hair and skin. The moss maiden I admire for the way she hugs the earth and becomes one with the forest around her.

If you are wondering how the moss maiden was created…the project started with a hallow frame of timber and windbreak netting which was then covered with sticky mud. Mud, sand and cement were mixed together to form her face and hands and then coated with yogurt to encourage the growth of lichen. Her hair is Woodsedge and Montebretia plants while her clothes are ivy.

The Giant’s head was created out of a fallen tree with a huge root ball. Again, mud was plastered onto the tree root to create the face. Finally twigs were scattered through and stuck on the top of the head.

Sue and Pete Hill have created other moss maidens for The Eden Project in Cornwall and the 2006 Chelsea Flower show and other earthwork installations. Today Sue is a core member of Wildworks, an unconventional Cornish theatre group that travels the world to create massive installation/ theater events.

The Lost Gardens of Heligan are an expansive Cornwall, England estate that fell into neglect during WWII. Today its a popular botanical garden. From the mid-18th Century to the beginning of the 20th Century, the Tremayne family created the gardens which are made of several gardens of different designs as was typical of 19th Century estates. Before WWI there were 22 gardeners caring for the gardens, 16 of whom died in the war. In the decades that followed the house was rented out. In the 1990’s the gardens were rediscovered and restored by a member of the extended family and other garden enthusiasts. The local economy was revitalized when the garden restoration project became the subject of a British TV series in 1996.

You can see other mud/moss sculptures at this link including several moss maidens’ created by Sue and Pete Hill.
Learn more about the Lost Gardens of Heligan on Wikipedia.
Short Bio of Sue Hill at The Wildworks.
Moss Maiden Video at “Look Around Cornwall”

Giving credit where credit due. As best I can tell these Moss Maiden and Giant photos are by: Ollie O’Brien, Fat Dad, Walt Jabsco (larger Giant image), and Liz Jones (maiden).