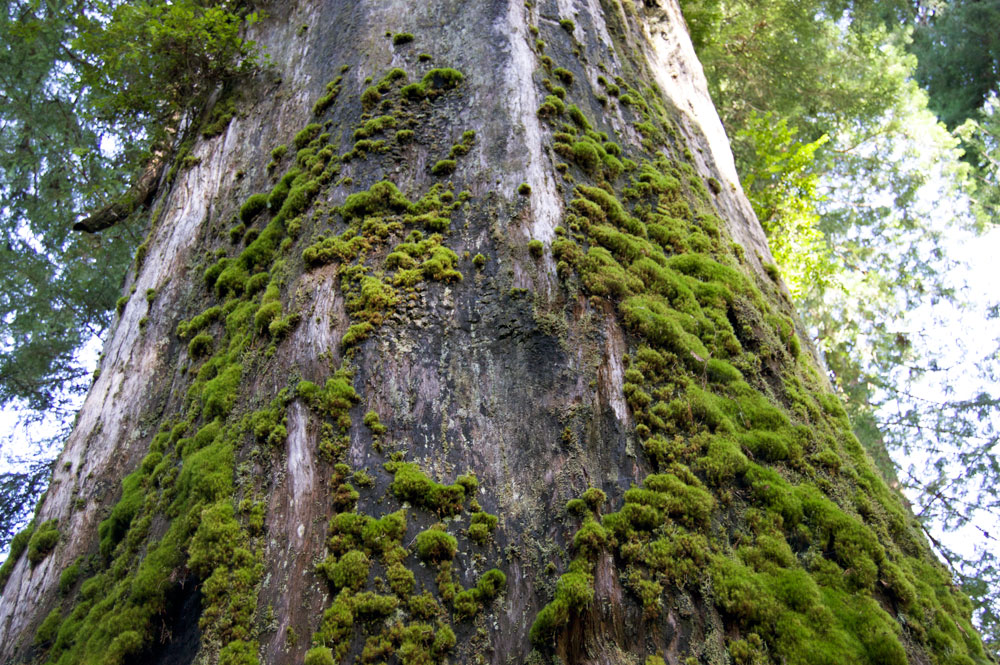 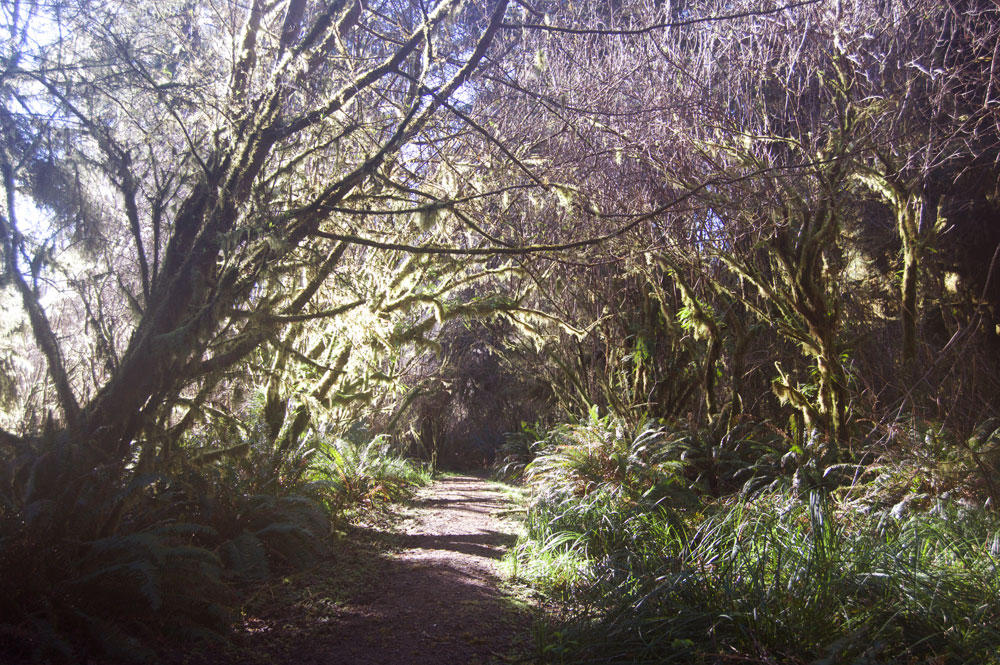 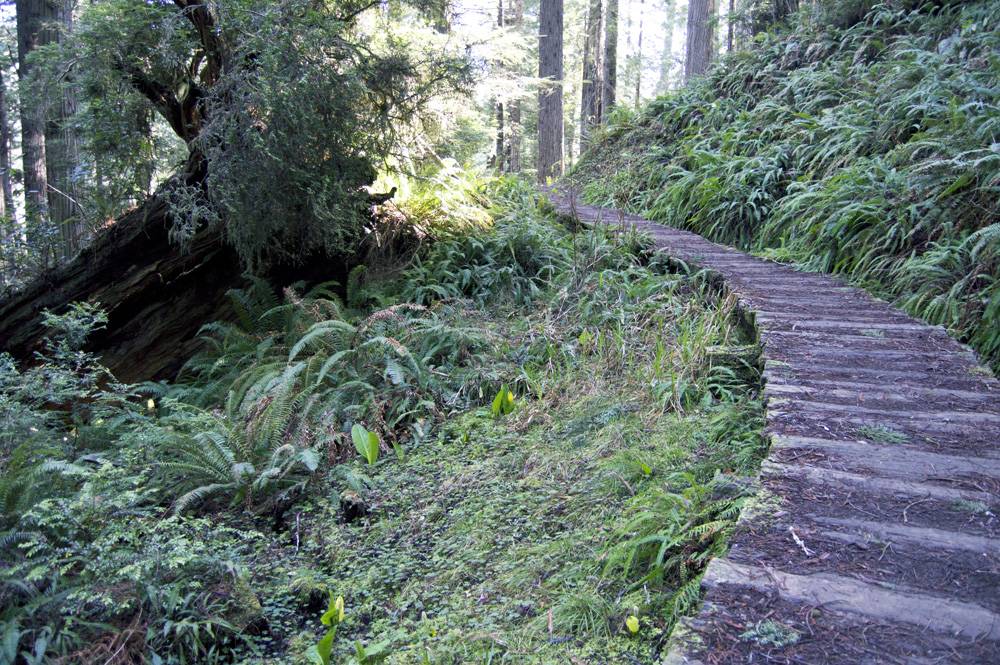 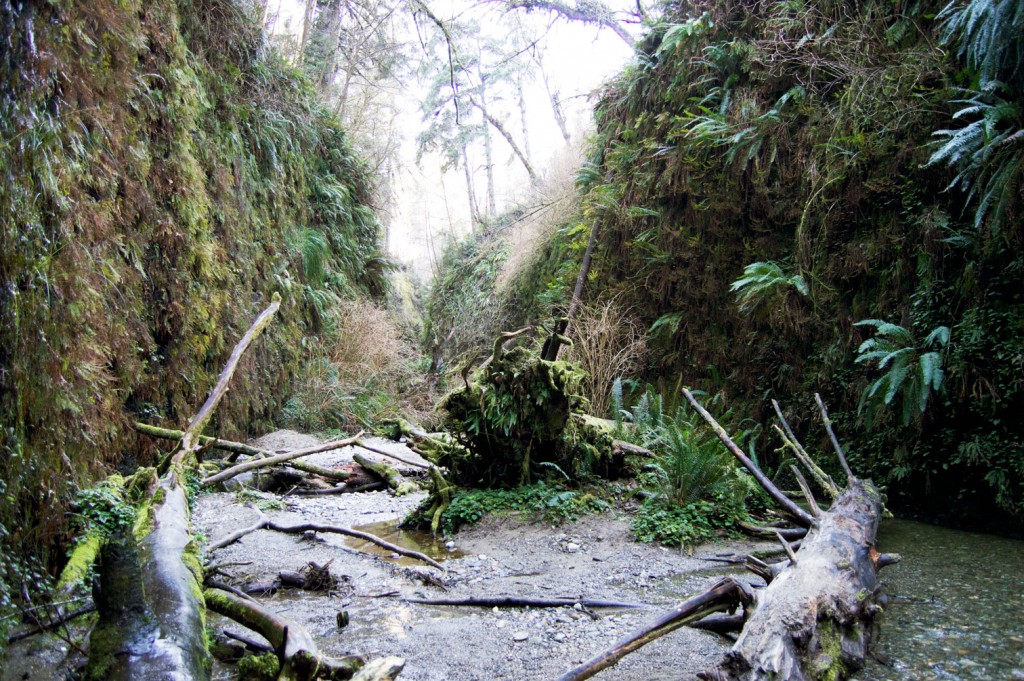 If you love Yosemite, you’ll love this picturesque but less visited redwood park. I consider it a well kept secret that I’m sharing with you, but don’t tell your friends. Prairie Creek Redwoods State Park is at the far north border of California; just north of Eureka & Arcata and south of the Cali-Oregon border.

Fern Canyon is the main attraction here. The mouth of the canyon is right at the beach and stretches back far inland. It stays wet year around with moisture that rolls in from the ocean, but the best time to visit Fern Canyon is Spring when the walls are typically super lush with moss and ferns. These photos were taken a little before Spring; in February of a drought year. The rangers confirmed it was drier than usual in February 2015. 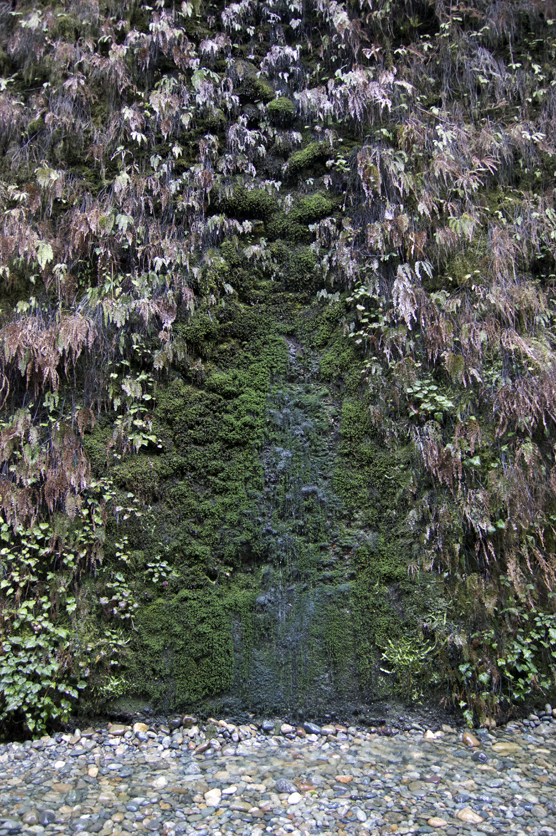 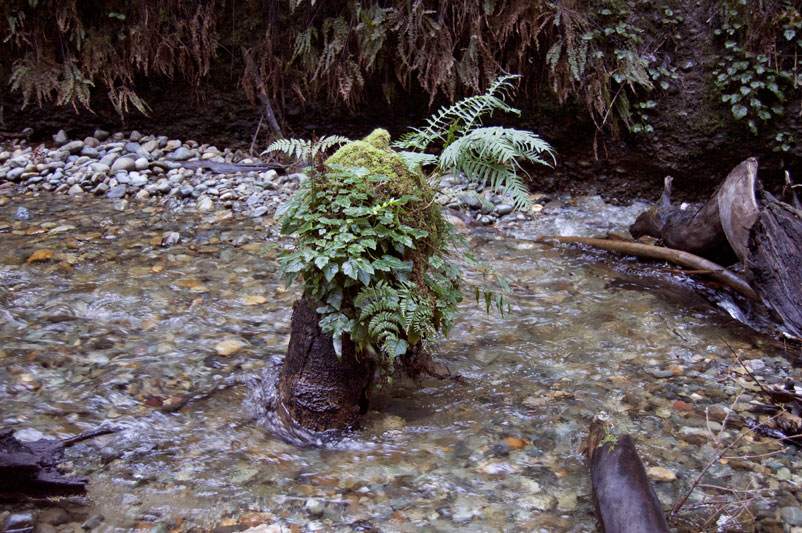 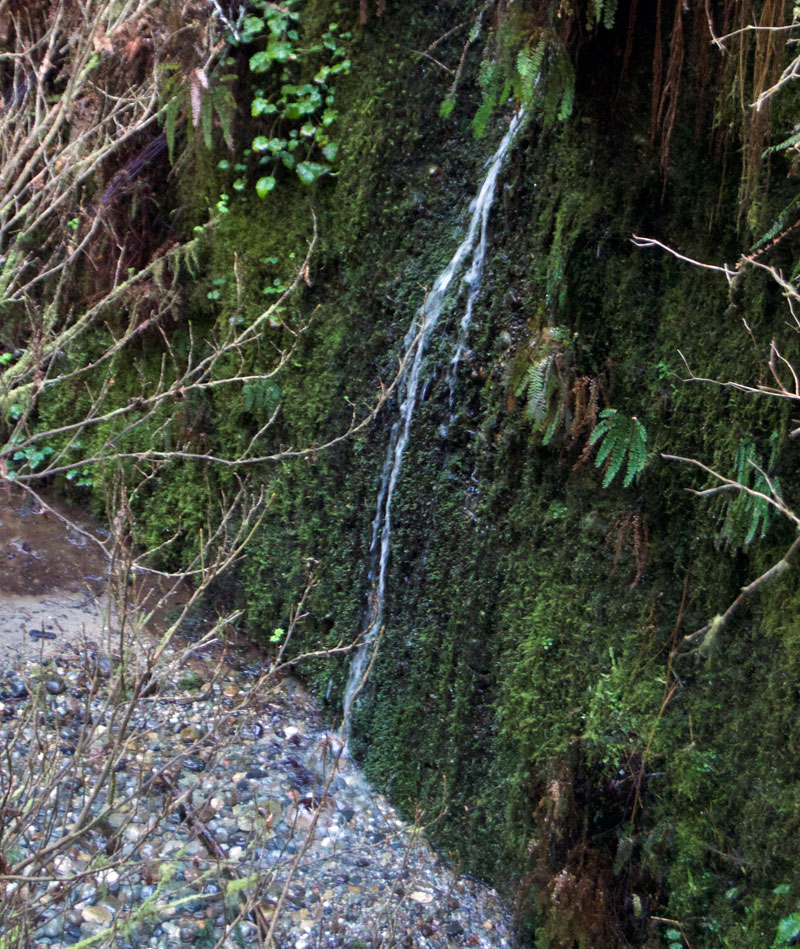 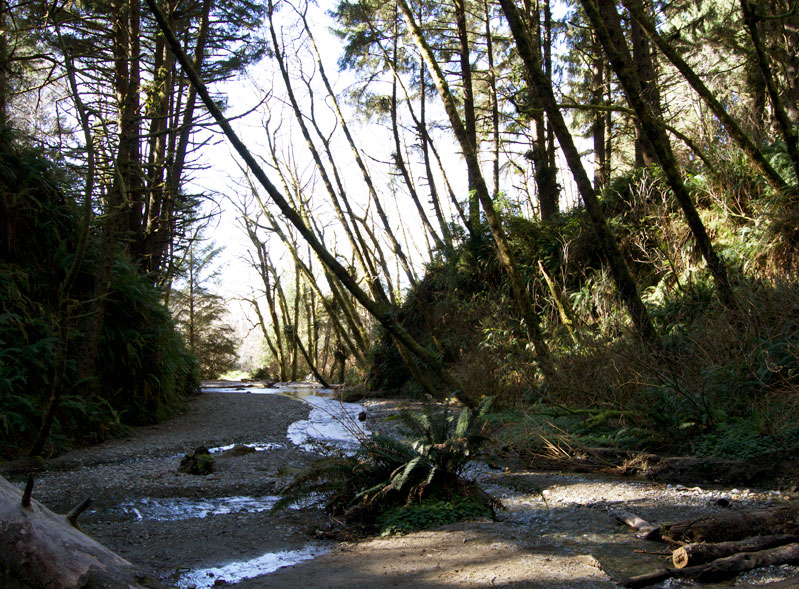 This area definitely has primordial forest written all over it. I found some sources that said the Jurassic park movies were filmed here in and around Prairie Creek Redwoods State Park and Fern Canyon. However, websites that cover movie locations say all the forest scenes in Jurassic Park were filmed in Hawaii for all the movies.

Let’s just leave it with Jurassic Park COULD have been filmed here.